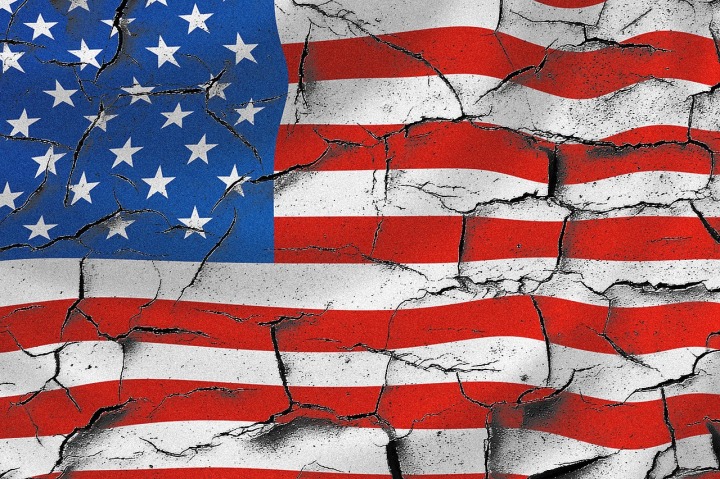 One of the ironic things about me is that two of my favorite holidays are civil and not religious: Independence Day and Thanksgiving.  In the circles that I run in, those two holidays are also the most fraught because of America’s ….complex history when it comes to the treatment of African Americans and Native Americans. As an African American, I get that.  I can’t see America without its darker sides, because to do so would erase my own history.

As many in the United States celebrate the Fourth of July holiday, some minorities have mixed feelings about the revelry of fireworks and parades in an atmosphere of tension on several fronts.

How do you celebrate during what some people of color consider troubling times?

Blacks, Latinos and immigrant rights advocates say the aftermath of the 2016 presidential election, recent non-convictions of police officers charged in the shootings of black men, and the stepped-up detentions of immigrants and refugees for deportation have them questioning equality and the promise of life, liberty and the pursuit of happiness in the United States.

In light of the recent acquittal in the death of Philando Castile and some of the threatening rhetoric coming from the White House, and well looking at America’s racist history it would be easy for me to say that this day means nothing to me and just accept that this country is not simply flawed but malignant.

But the thing is, I do love this country.  Now as a Christian, my love of country can’t be greater than my love of God, but I do have an affinity for this nation, even with its warts.

As Christians we believe that we are sinners saved by grace.  We are sinners who mess up, but we also seek to live justly.  America is a place where we talk about freedom and liberty and it is also a place where we sometimes don’t grant our fellow Americans either.  But the words in the Declaration of Independence are still true, even though America hasn’t lived up to those words.  Martin Luther King believed in the what the founding fathers said.  He believed them even though those beliefs were not always lived. He believed them so much that he demanded that America start practicing what it believed.  Here’s what he said in his famous “I Have a Dream Speech:”

In a sense we’ve come to our nation’s capital to cash a check. When the architects of our republic wrote the magnificent words of the Constitution and the Declaration of Independence, they were signing a promissory note to which every American was to fall heir. This note was a promise that all men, yes, black men as well as white men, would be guaranteed the “unalienable Rights” of “Life, Liberty and the pursuit of Happiness.” It is obvious today that America has defaulted on this promissory note, insofar as her citizens of color are concerned. Instead of honoring this sacred obligation, America has given the Negro people a bad check, a check which has come back marked “insufficient funds.”

In spite of everything, King believed in America, in its promise. He believed in it enough to call America out to live up to those words.

Fellow Disciples pastor Doug Skinner addressed the paradox that is America in a recent post.  He notes that growing up in the 1950s offered an America with god-like heroes like Washington and Jefferson.  Today, we have gone to the other side and look at America with a cynical view, one where the entire American project is suspect.  Skinner uses a number of writers to show that, echoing Martin Luther, America is both sinner and saint. He starts by sharing a recent television special with the cast from Hamilton.  Hamilton of course, follows founding father Alexander Hamilton during the early days of the nation.  The cast is made up of mostly African Americans and Latinos playing roles of people like Washington and Jefferson.  A question was asked about how to reconcile the greatness of these men while they owned slaves. The answer is interesting:

A while back I watched a PBS special about the Tony award winning Broadway Musical – “Hamilton.”   For some reason I find myself really interested in Broadway Musicals these days.  My favorite part of this particular special were the interviews with the actors, most of them people of color, who play the roles of our Founding Fathers, people who were mostly white, and slave-owners to boot.  At one point in the special, the actors were taken to some of the historical sites where the story that they dance and sing on stage each night actually took place.  At Mount Vernon, George Washington’s Virginia home, standing in what would have been the slave quarters of the Father of our Country, the actors were asked to reflect on their feelings about being there.

George Washington became a slave owner when he was just 11 years old and his father died leaving him ten slaves.   When he died 56 years later, George Washington owned 317 slaves.  And he wasn’t unique in this.  At least half of the 56 signers of the Declaration of Independence were slave owners.  Slavery was America’s Original Sin, that and the wholesale extermination of the America’s original residents.

Playing people who were responsible for doing such things on stage, those “Hamilton” actors confessed to being awed by the nobility, heroism, and genius of these historic figures.  But as people of color, they also admitted to feeling deep in their bones the ugliness, the ignorance and the evil to which these historical figures were culpably blind and willing perpetrators.  “So, how do you reconcile this?” the interviewer of the Hamilton cast in this PBS special kept asking the actors who play the parts of Washington, Jefferson, Hamilton and Burr.  And their response was simple, direct, and spiritually profound – “They’re both true”  – they said.

Skinner then starts talking in theological terms about how all of us, from people like George Washington to you and me, are sinners:

Instead of lines being drawn that divide us into good and bad categories, Doug Frank argued that what we probably should be drawing instead is a great big circle that takes us all in as sinners, and that positions us all squarely under the umbrella if God’s grace.  And this is precisely what I see Jesus doing in the familiar story of the woman taken in adultery that only the Gospel of John tells  (John 8:1-11).  The Pharisees drew a line.  Jesus drew a circle.  The Pharisees wanted to exclude the sinner. Jesus wanted to forgive the sin.  The Pharisees saw the situation in terms of right or wrong, good or bad, in or out.   Jesus looked at the women, and at her accusers, and what He saw instead was what the Protestant Reformer Martin Luther would much later call – “Simul justus et peccator” – the fact that we human beings are “simultaneously just or righteous, and sinful or pitiful.”  From the perspective of Reformation theology, the cast of “Hamilton” got it exactly right when they looked at the nobility of the ideals of our national founders and at the depravity of their actions as slave owners, and concluded that “they’re both true.”

This is the kind of realism that needs to characterize the way that we as Christians both think about ourselves and look at others. The Bible harbors no illusions about human nature. It names both our potential for greatness and our capacity for corruption quite clearly.  The trick, it seems to me, is hanging onto these two parts of ourselves as human beings at the same time.

One my favorite patriotic hymns is America the Beautiful. The lyrics were actually a poem written by Katherine Lee Bates for the Congregationalist magazine in 1895. Church organist Samuel Ward add the music was added in 1910. Many artists have sang this song and I tend to believe the best version was by Ray Charles, but that’s just me.

The reason I like this song is because it mixes in the beauty of this nation, but it also seeks help from God to be a better nation than it is. The third verse is the one that I want to share:

O beautiful for pilgrim feet
Whose stern impassioned stress
A thoroughfare of freedom beat
Across the wilderness!
America! America!
God mend thine every flaw,
Confirm thy soul in self-control,
Thy liberty in law!

America is not a perfect country. It hasn’t just made a few mistakes, it has endangered the lives of African Americans and Native Americans. It treated Japanese Americans as traitors because they shared the ethnic heritage of an enemy. Racism is a part of the American experience.

But it is also a nation that believed that everyone was equal even when they weren’t practicing it. That sense of equality has powered people to make America a better place.

I love America because of it’s ideas and because we try to live up to those ideas. We stumble and fall all the time. But I think we are trying to be better, fairer and more equal.

I need to love this flawed republic because I think some of the ideas that those founders believed in are under attack. You can’t challenge those who seek to weaken our cherised values if you don’t care about this country.

America isn’t God and it should not be worshipped. But when I flash my passport after coming in from travelling abroad, I pull it out with pride. I belong to a nation that believes that all of us are endowed by God by certain unalienable rights and this little books proves I am an American, that I believe in these ideas and will keep fighting for them for all who live in this crazy place called the United States of America.

I’ll end with a poem by Langston Hughes that talks about his country and how he belongs will strive for this:

I, too, sing America.

I am the darker brother.
They send me to eat in the kitchen
When company comes,
But I laugh,
And eat well,
And grow strong.

Tomorrow,
I’ll be at the table
When company comes.
Nobody’ll dare
Say to me,
“Eat in the kitchen,”
Then.

Besides,
They’ll see how beautiful I am
And be ashamed—