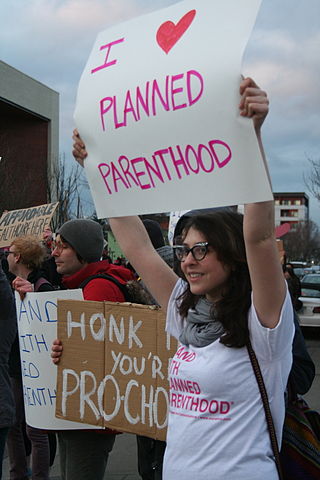 It’s been interesting seeing the debate rage on about Planned Parenthood and a number of videos that seem to put the organization in a very bad light.  As I read some of the articles condemning the practice retrieving organs from aborted fetuses, I felt a sense of unease.  Like many, I was alarmed by the videos, but reading some of these admittedly pro-life writers I was also feeling that the growing scandal was proof positive that abortion was evil and that it should be banned.  No one said those words, but I could sense them behind the rhetoric.

But the defensiveness of the pro-choice side was also disturbing.  While I tend to lean pro-choice, I believe that abortion is not something to celebrate.  I tend to follow the old maxim of abortion being “safe, legal and rare.” I also think there should be limits on when abortion in permissable, similar to what goes on many European countries.

What was missing from the argument is how hard this issue is.  Two lives hang in the balance; the woman who is deciding to keep or abort the baby and the growing fetus.  But the hallmark of the debate is focused on extending maximum and absolute rights to their side.  Pro-life advocates want to focus on the growing cluster of cells in the woman’s body to the exclusion of the woman it seems.  Pro-choicers tend to focus on the reproductive rights of the woman, but ignore the fetus.

Christians on both sides of the debate spout the predictable lines and none of it is helpful to dealing with this complex and difficult issue.  If pro-lifers think Planned Parenthood and other abortion rights supporters are butchers, while pro-choicers think the pro-life movement is filled with hypocrites more concerned with a clump of cells than with the women or the children if she chooses to give birth.

What’s missing from this debate is theology.  What does it mean to be human in the Christian sense?  What is the theological value of the woman carrying the fetus?  What is the theological value of the fetus itself?  None of these questions mean that you can or can’t have an abortion, but it does cause us to think about where God and God’s ways fit in all of this instead of having God just be a cheerleader for either side.

While it is not theological in scope, writer Damon Linker was able to shed more light than heat in the current debate in his most recent column.  While his argument isn’t theological per se, he does get at the heart of the issue: life and death.  He starts off:

Here is the truth about abortion: It kills an unborn baby. We all know this — and with continuing advances in ultrasound technology, it’s something we know with greater and greater certainty all the time.

This is one of the things that makes the decision to seek an abortion so emotionally fraught and morally wrenching for most women — because an abortion kills an unborn human being, and we normally believe that human beings possess intrinsic moral dignity or worth and therefore have a right to life, no matter how small or helpless they are.

Of course a baby in the womb differs from most other human beings in residing within and being completely dependent upon another human being with rights of her own. This creates the potential for a tragic, irresolvable moral trade-off between the good of the baby (his or her life) and the good of the pregnant woman (her liberty).

One of the things that frustrates me with the pro-choice side is their view of the fetus. My own view is that whether or not one decides to abort the fetus, you are killing something that in a few months becomes a living, breathing person. It might not be totally human yet, but it will in time. Knowing this is what makes that fetus more than a clump of cells. Christians believe that humans are created in the image of God, meaning that God places high value on humans. Again, none this says have an abortion or don’t have one. But as Christians, we must understand that what is going on inside the mother has value. To borrow a phrase from Death of a Salesman, attention must be paid.

But the woman carrying the fetus is also of value and worth.  She was also created in the likeness of God.  She is also worthy of dignity at a very delicate time in her life.

Notice what I haven’t said here so far; I haven’t used the word rights. It’s not that the term shouldn’t be included in the debate; it’s just that as Christians, we have to deal with more than rights; we have to talk about how to deal with these two beings, the fetus and the woman as creations of God.

Damon notes that both sides tend to favor some kind of maximum rights for their side.  So, on the pro-choice side it can mean abortion at any time for any reason.  On the pro-life side it can mean making the baby central with the woman off to the side.  Damon notes that in many European nations there has been a balancing between the status of the woman and the fetus/baby:

In Europe abortion is legal and easily available nearly everywhere through 12 weeks of pregnancy. After that, countries vary in their restrictions, with most limiting access to abortion as the pregnancy approaches 20 weeks, and a few allowing a woman to terminate a pregnancy as late as 24 weeks — which is right around the time when the baby becomes viable outside the womb.

That makes considerable moral sense. Tacitly acknowledging the tragic trade-offs involved in abortion, it balances the rights of the woman against the rights of the baby. At the start of pregnancy, long before viability, the woman is sovereign. But as the fetus approaches the capacity to survive outside the womb, the woman’s sovereignty reaches its limits and her rights give way to those of the baby.

If as Christians we believe both beings are created in the likeness of God and worth value and dignity, then this should be at least the best of a hard situation. It takes both sides to heart and tries to balance both sides.

I doubt we will have a European style solution to the abortion debate.  But nevertheless, as Christians we need to talk to each other and grapple with the theological implications of this all- because if there is any situation where we need to look at a public policy issue through God’s eyes this is it.

I don’t know if I do justice to speaking theologically about this issue, but I hope that we will start doing this as Christians.  Abortion is too important an issue to leave to the partisans.