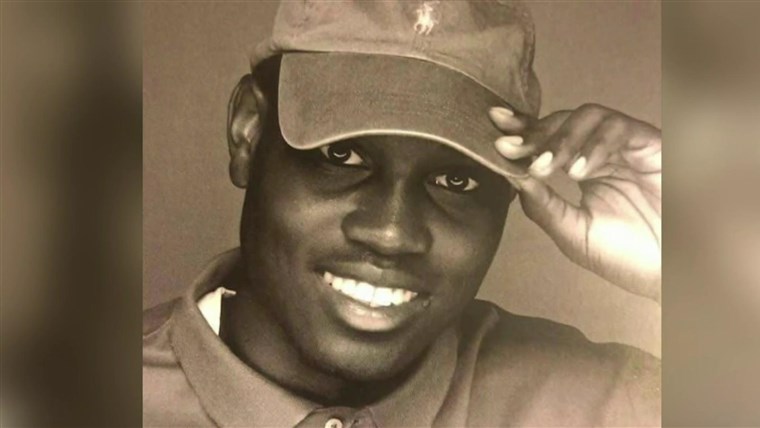 When I was 13, I remember going to the credit union with my mother.  Mom was busy talking to one of the tellers while I waited near the door.  I was just kind of keeping to myself not really paying attention to what was happening around me.  Most people who knew me, saw me as someone who was quiet and probably too sensitive emotionally. I wasn’t really a threat to anyone.

Little did I know, someone did think I was a threat. A security guard came up to me and asked what I was doing.  I was a bit surprised and before I could answer, my mother came up and said sternly that I was with her. She learned that the security guard came up to me because another teller was basically scared of me. As we left the credit union, Mom was mad at the teller who saw me as a threat.  She was also a bit upset at me for not being more aware of my surroundings.

I look back at that event and I see how naive I could be.  I had grown up in the years following the civil rights movement of the 60s.  Growing up in mid-Michigan in the 70s and 80s, I grew up not knowing a lot of the open racism that was so rampant in American in the decades before I was born.  My father grew up in Jim Crow-era Louisiana in the 30s, 40s, and 50s.  He knew about how you could be the judge because of your skin.  Because that wasn’t the world I grew up in, I didn’t understand that anyone could see me as something to be feared.

Like many people, I’ve been made aware of the horrific murder of Ahmaud Arbery, a 25- year old man who was murdered by two white men in Georgia who thought he was a burglar. Greg McMichael and his son Travis saw Arbery running in their neighbor and believed he was fleeing from a crime scene.  The reality is that Arbery was jogging.  Something that the two men should have noticed, but didn’t.  The McMichaels took off in their truck with guns and long story short Ahmaud Arbery was shot and killed.

Now, I truly believe things are better for African Americans than they used to be.  I can do things that my Dad wasn’t able to do because of segregation.  I think our nation is in a better place than it was circa 1955.

But better doesn’t mean perfect.  While the rampant racism that defined the American South for decades has receded, it is still present.  Arbery is part of a long line of African American men that have died at the hands of white Americans in recent years.  The ghost of Jim Crow still haunts America.

In the last day or so, the phrase “blood cries out” got stuck in my head.  That phrase comes from Genesis 4:8-11, the story of the brothers Cain and Abel.  Cain kills Abel and when God asks Cain where is Abel, Cain replies dismissively. “Am I my brother’s keeper?” God responds by saying the following:

“What have you done? Listen! Your brother’s blood cries out to me from the ground.

Abel’s blood cried out from the ground. God heard the cry of the victim, Abel, and wanted Cain to face the justice of God.

In the book of Deuteronomy, a law stated that if the body of a person was found in a field and no one knew who killed the person, a group of people determined which city the body was closer to. Representatives would sacrifice an animal as an atonement to God for the sin of murder. It didn’t matter that they themselves didn’t do the crime. What mattered was that it mattered to God. Blood was crying out from the ground and it needed to be answered. Taking this crime seriously meant they cared about life.  If a city refused to do this, it sent a message to God about how they viewed life.

Ahmaud Arbery’s blood cries out from the Georgia soil.  The McMichaels have been charged with murder.  We know that temporal justice is at least beginning.  But what about the justice of God?

I don’t have an answer.  What I do know is that all of us must care.  To ignore this, to avert our eyes, means we don’t hold life as sacred.  To ignore it is to say that the color of one’s skin determines their worth.

Arbery’s killers will face trial, but in a way, we are facing trial as well.  How will we respond to the justice of God who weeps over the blood crying out?

2 thoughts on “Blood Cries Out”