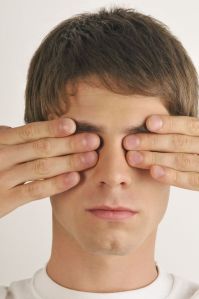 Like a lot of folks, I’ve been following the whole story on the role of the media concerning abortion doctor Kermit Gosnell.  There’s a lot to said about media ethics and double standards.

Last night, I watched a Huff Post Live segment on the case, which I consider some of the best coverage I’ve seen so far.  What made it so good was the honesty of the host, Marc Lamont Hill  and the Pennsylvania State Representative Margo Davidson, who lost a relative from actions at Gosnell’s clinic.  Hill goes to the heart of the matter:

“For what it’s worth, I do think that those of us on the left have made a decision not to cover this trial because we worry that it’ll compromise abortion rights. Whether you agree with abortion or not, I do think there’s a direct connection between the media’s failure to cover this and our own political commitments on the left. I think it’s a bad idea, I think it’s dangerous, but I think that’s the way it is.”

But Davidson was the one who brought in another scandal that took place in Pennsylvania, the Penn State Sex Abuse Scandal.  I don’t have the transcript, but what I remember is that she thought that at some point, people see the survival of the institution or cause as paramount over people.  Penn State coach Joe Paterno and others, worked hard to cover up the abuse of minors in order to protect the football program.  Davidson believes that the reason the Gosnell case has been under the radar is because many journalists who happen to be pro-choice chose to ignore the case in order to protect the cause and not give pro-lifers an edge.

A side note here:  I am pro-choice, or as former Secretary of State Condi Rice has said “moderately pro-choice.”  I don’t think outlawing abortion will make it go away.  That said, I want to make abortion “safe, legal and rare.”

I could go into a long diatribe about how liberals don’t pay attention to their own stink in their backyards while they are attacking conservatives for their garbage.  But frankly, this is far more than an ideological story.  It’s a human story.  It’s story of how we tend to place faith in institutions and causes than we do in God and in caring for people around us.  Unlike a lot of folks on the pro-life side, I don’t think pro-choicers are horrible people.  But then, I don’t think the guys in the Penn State program were necessarily monsters either.  But they expose our own moral duplicity, our willingness to look at the specks in others eyes and ignore the big log in your own eye.

I think in our media age, we are wired to look at the Other as something weird and scary. We are told to focus our energies on exposing the other.  It’s far easier to look at someone else’s faults than it is to focus on the faults taking place in your own home.  Many in the media and pro-choice movement have not wanted to face Gosnell, because it was lead to some very comfortable questions.  It would lead to the other side to self-righteously condemn the movement as a whole.  It would cause an embarassment.

It’s happened before.  We ignore young boys being sodomized by football coaches and priests.  We bury stories. We force people into conspiracies of silence.

Nearly two years ago, I wrote this about Joe Paterno:

Joe Paterno and others at Penn State should have done more than what they did and it makes sense that he had to lose his job for failing to do the moral thing. But there are reasons why they probably didn’t and they are reasons that you and I would do the same thing.

None of this is to say that lying to ourselves is okay. But it does show us that we are all fallible beings and it is so easy to just ignore the steaming pile of crap in front of us instead of trying to clean it up.

The thing that is so frustrating about the Gosnell case isn’t the silence of media; no, the frustrating thing is that this won’t be the last cover-up.  Someone somewhere will do it again.  We will pretend to not see the sin and tell people that there is nothing special going on.