I do have something to say about Michael Brown, the police and Ferguson, MO.  But while I’m thinking about what to write, I wanted to share a post I wrote in the days following the verdict acquitting George Zimmerman in the murder of Trayvon Martin.  Funny how only the names have been changed. 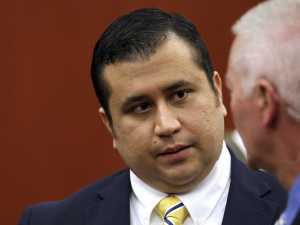 Ever since the verdict from the George Zimmerman case was made known, I’ve been wondering what I wanted to write about this event. I happened to be down the road from Sanford, Florida in Orlando for the 2013 General Assembly of the Christian Church (Disciples of Christ). It was interesting that in the same convention center the NAACP was having its national convention.

I was looking at a post I wrote a year ago about this case and it is fascinating how on target it still is. The words I said back then still make sense:

The recent tragedy concerning Trayvon Martin has a lot of people talking. There’s a lot that one could talk about here: racism, the role of young black males in American society, gun control or lack thereof and so on. I know that it’s common for pastors and even moreso for black pastors to speak out on events like this, but I’m still holding my tounge, unwilling to somehow speak to the moment.

The reason I don’t at this point is because there is so much that is unknown in this case. We have a lot of pieces of what happened between Martin and his alleged shooter, George Zimmerman, but we don’t really have a clear story. While many may think otherwise, the details of this case are still being learned. What seems so obvious might not be…

…we want to try to make the events fit our own templates to further our own agendas. We try to hunt and look for whatever shred of evidence about silly things like Trayvon smoking marijuana and use that to paint him as some crazy thug. We want to use some words said during a 911 call to paint Zimmerman as soon kind of suburban klansman. For some reason, we don’t want to simply wait and see what the facts bear out. No, we already have the “facts” and are ready to fashion stories based on whatever spin we can get from those facts.

I still think in many ways we are trying to spin this story to serve our own ends. Yes, race is still a problem in America, but we don’t need to make this case into a racial melodrama to make that case. As a church leader, I am a bit wary of touching this case because it isn’t such a clear story. Maria Dixon points that out well in her recent blog post on this:

Many churches and church leaders will hold vigils and offer prayers of the people when the inevitable firestorm of racial angst breaks loose. They will ask for calm, write soothing words about reconciliation–when it is their very ineptness at helping all of us deal honestly with difference that has doomed us to failure. Ok, maybe that’s harsh, but then again maybe it isn’t. You see, most mainline denominations have difficulty with discussing race, even amongst themselves. Substituting quotas and tallies of who is speaking for the really hard discussions of inclusion, difference, and the mandates of Christ, the church–particularly those denominations considered most progressive–fears such discussions. The problem is not with only the lighter hue of the pew. The African American church has lived so long in the world and discourse of struggle that it, unlike the church of South Africa, has yet to be able to fully embrace and cultivate a dialogue of racial reconciliation and renewal. So let’s be clear: There is plenty of blame to go around for why cases like Treyvon’s cause such national handwringing and outrage. It’s like my good friend and mentor, Mark Lawrence McPhail–one of the top scholars on race and rhetoric–writes, that no one has clean hands in this racial system.

There is a part of me that thinks I should rail against racism and how this verdict just shows how American society views black men. But the reality is, we really don’t know if George Zimmerman had a racial intent. From the evidence the jury saw they said no. I don’t think we can use this case as a proxy for our continuing struggle concerning race in America because the lines aren’t so clear.

That doesn’t mean that African Americans are silly to feel the way they have. No matter the age, Africa Americans carry a psychic scar, the result of centuries of actual racism. It’s hard to not think about past tragedies where race was involved: Emmet Till or Medgar Evers. African Americans can make a leap of logic because, well, we’ve been here before.

It also don’t mean that conservatives should be crowing the way they have in the wake of the verdict. As someone who is politically right of center and African American, let me tell you something- if you don’t want black people assuming all Republicans are racists, then maybe you want to show a bit of respect and understanding. African Americans might be wrong in jumping to conclusions, but no one can blame us. We are the ones that have lived with a dark history; one that still rears its ugly head. It would behoove white conservatives to at least sit down and listen to African Americans instead of acting like pompous jerks.

It’s high time that America and the church had a real heart to heart on race. But for that to happen, we have to be willing to be vulnerable to each other. African Americans need to be willing to listen to whites share their fears and concerns. Whites need to allow African Americans to share their frustrations on how they are always treated with suspect. I don’t care who is “priviledged” and who is not. I don’t care who feels oppressed. What I do care to see is for blacks and whites and everyone in between to talk to each other, honestly. The church should be the place where this starts.

I don’t know if George Zimmerman is a racist and at some level I don’t really care. What does matter is how we will move forward, how we will learn to live with each other and accept each other warts and all.