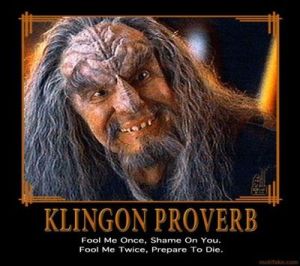 Last week, I had a conversation over the phone with a fellow pastor who is interested in planting a church.  He share some of his plans and ideas.  It seemed solid, so I asked him to share an outline of his idea that I could pass on to some other folks in the area.

While I’m excited to hear about his plans, there is a part of me that is wary, a fear that he’s just talking and not really that into planting a church.

Last year, when I was still leading New Church Ministry Team in the region, I had a number of people call me and tell me that they wanted to plant a church.  Each time I was excited and hopeful.  It seemed like God was doing a new thing in the area.  But everytime nothing came of it.  Most of the time I’d never hear back.  I had one person who said they had plans to start a church in the East Metro and was given items to start the church.  This person even went as far as printing business cards.  And then, nothing.  He got cold feet or realized he wasn’t that interested after all and abandoned plans to go farther.

All of these aborted plans do have an effect.  As I sit here a year later, I feel heartbroken.  Since I am so literal, when these people said they wanted to plant a church, I believed them.  Maybe there was an interest, but seeing so many people not take their idea to the next level kind of hurt me in a way.  I’m not saying this to blame folk, just to share it had an effect.

I sometimes feel that I’m alone in this passion.  Everybody else seems concerned about other things, but no one else seems to want to plant new churches.

Part of the reason for my passion comes from my evangelical upbringing.  While I don’t always agree theologically with evangelicals these days, I still admire their passion for sharing the gospel.  I don’t see that happening as much in the more liberal waters these days.  There are people like Nadia Bolz-Weber and a good chunk of the Evangelical Lutheran Church in America that do want to tell the good news.  Bolz-Weber has a liberal evangelism that I love.  I wish there were more people like her, wanting to tell people about the love of Jesus.

A while back I shared my frustrations with a fellow pastor.  He suggested going and planting a church.  I have to say that is tempting, but I’m already busy trying to revitalize a congregation so I don’t know if I can.

All I can do right now is pray to God that this time, someone is truly serious in starting something new.

I hesitate share all of this, because I don’t want this to be “Dennis having a pity party.”  But I also need to be honest about how I’m feeling.  And right now that’s a bit of heartache.