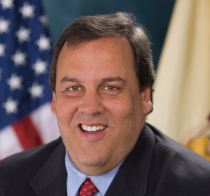 I stumbled on this blog post about the renewal of United Theological Seminary in Ohio.  The school now has 600 students but only a few years ago it had only 130.  Some think their addition of distance learning has made the difference, but Jason Vickers, a professor at the Methodist seminary says the real difference is their willingness to be inclusive and not in the way you would expect:

From a marketing point of view, here is what happened. About seven years ago, the faculty at United Theological Seminary made a conscious decision to be more inclusive. In our case, being more inclusive meant being more hospitable to evangelicals, Pentecostals, and charismatics. We didn’t have many students, but the majority of our students at the time could be categorized as center-left mainline liberal-progressive. We were committed to diversity in theory but not in practice. The reality was that we were neither warm nor welcoming to the majority of Protestant Christians in the world, which is to say, to evangelicals, Pentecostals, and charismatics. From a business point of view, this was, in a word, stupid. We were fighting for a share of a rapidly shrinking pool, namely, center-left mainline liberal Protestants!
We knew that if we were going to “reach out” to evangelical, Pentecostal, and charismatic Christians, we were going to have to re-brand ourselves (note the crass language of business). And so we agreed as a faculty to focus our branding on three things: 1) basic Christian Orthodoxy; 2) holiness; and 3) church renewal. Gradually, prospective evangelical, Pentecostal, and charismatic began to inquire about our school, and within a year, they began to show up. Of course, we did more than just paste these labels on our website. We also revised our curriculum to reflect these commitments. And we began to reach out to groups like Aldersgate Renewal Ministries (a charismatic oriented United Methodist renewal group).
I could go on and on. We were very strategic. We knew what we were doing. We knew there was a bigger market out there, and we were determined to grab a share.

It was interesting to read this and start thinking about the current problem facing the Republican party.  Being that most of unusual animals, a liberal Protestant that is also a Republican, Vicker’s words about the seminary reaching an ever-shrinking share of progressives was errily familiar to the need for the GOP to reach out beyond its aging white base.
I’ve been told that the mainline denominations used to be more middle of the road denominations that contained people of various theological stripes.  Over the years, evangelicals have left usually over social issues like abortion or homosexuality.  Now I tend to think most of the time evangelicals left of their own choosing.  But I’m beginning to think that in some cases, they have not been made to feel welcome.  Progressives in mainline denominations have basically seen their churches as bastions of liberal Christianity in a see of conservatism.  So, what was once a “big tent” denomination becomes liberal denomination appealing to a narrow and shrinking base.
For the GOP, the answer is to appeal to people beyond their base.  New Jersey Governor Chris Christie is being lifted up as a model for the future of the GOP in reaching out to audiences that don’t normally appeal to the Republicans- namely Latinos and African Americans- while remaining true to conservative principles.  Christie reached and that willingness to be inclusive paid off: he won large precentages of both groups.
I think there needs to be a Chris Christie within mainline Protestantism.  I think our “base” will always be liberal, but we need to be able to reach out and inclusive of evangelicals who might not agree with everything, but who will be willing to work together to bring about God’s kingdom.
We need pastors, theologians and others who are liberals, but who want to work with anybody for the greater good.  That’s not the case now.  We might talk about being inclusive, but let’s face it- we are inclusive only as far as those that agree with us.  (I won’t even bring up how much we fail on diversity of race and ethnicity.)  I’m not saying that these churches should give up their committment to social justice or inclusivity of gays and lesbians.  I’m saying that we should at least try to work with those that might not be at that point yet instead of writing them off.
Mainline churches, like the GOP, could be places that are made up of a narrow sliver of society.  We can choose to be faith communities made up soley of progressives.  But if we do, then we have to prepare for smaller churches.  Like the Republicans it’s up to us to choose a road.