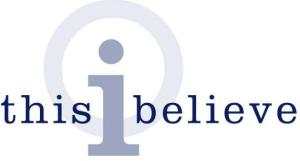 I really had a temptation to call this Dennis’ Baptismal Follies, because me and baptism have had a troubled relationship.  There was nothing wrong with baptism per se, but it was how I learned of baptism and faith as a youth growing up in Michigan during the 1970s and 80s.  I didn’t have a good understanding of what baptism was all about and because of that, I continually doubted my own faith.  I worried constantly that I didn’t believe enough and when I shared that fear in college, my college pastor suggested I get baptized again- just to be sure, you know.  This complicated relationship with baptism continued into young adulthood.  I remember my planning to join a church in Washington, DC where I lived at the time.  It was a Baptist congregation, the heritage of my youth.  As a spoke with the pastor about joining the church, he asked if I was baptized.  “Yes,” I answered.

I remember him peering into my eyes and then asking, “Was it a believer’s baptism?”

I froze.  I was baptized by immersion at age 7.  I didn’t totally understand what was going on, and a tip to future pastors, you might want to tell people that they will get wet.  Anyway, all of the doubts came back.  Did I really believe?  Was it real?  Did I have to get baptized again?  I answered that it was a believer’s baptism, but deep inside the fear that had subsided over the years came roaring back.

Today is the first Sunday of Epiphany which is commonly called the Baptism of Our Lord or Baptism of Jesus.  It is the day we remember when Jesus came to be baptized and it is also the day we are reminded of our own baptisms.  It also so happens that today we will cut our service a little short so that we can go and participate in the baptism of two members of Salem English Lutheran.

So what in the world is baptism all about?  Why does it matter that we get wet?  What does it do?  And what does our own tradition believe about baptism?

In the gospel, Jesus comes to be baptized.  We don’t know if it was his cousin John that did the baptism or if it was someone else.  John was thrown in prison at some point because of his accusations of Herod but we don’t know if it was before or after the baptism of Jesus.  What we do know is that as he was being baptized with water, the Holy Spirit came down like a dove and a voice said, “This is my Son, the beloved.  In whom I am well pleased.”

Then there is our text in Isaiah, which was written as the Israelites are coming back to their homeland after years of exile.  There is talk about being safe even as the waters and the fires rage.  After all that the Israelites had done, God still cared for them, God still showed grace to God’s wayward people, extending care through troubling times.

It is in these two texts that we get our theological understanding of baptism.  The act of getting wet is both an act of grace and an act of faith.

Our Lutheran brothers and sisters talk about baptism as a sign of God’s grace.  Baptism reminds us that we are loved by God and there is nothing we can do about that.  We are loved by God even in our imperfectness.  That act of grace is emphasized in the form of infant baptism which both our Lutheran and UCC friends practice, because no baby can do anything to earn God’s love.  But is also found in our own method of baptism, in that we are reminded we are God’s and that we are powerfully loved by the Lord of the Universe.

Alexander Campbell, one of the founders of the Restoration Movement of which the Disciples are a part of, believed in baptism as the remission of sins.  For Campbell, it was a statement of faith. It was saying that we are forgiven by God, a sign of what was going on inside those who followed Christ.

Baptism is also a sign of our willingness to follow Jesus.  It is a step in discipleship.  It is how we learn to be part of God’s people.

We are in the midst of our 2013 Stewardship Drive.  It’s easy to see this as nothing more than asking folks for money.  We really don’t like it, kind of in the same way we don’t like the pledge drives performed by public radio stations.  But stewardship is not just about money, it is about discipleship.  Stewardship is about how we use the resources we have to further God’s work in God’s world.  It is a joyous response to the love and grace God has shown us, a way to renew our baptismal vows that we belong to God and we are loved by God.

A few years ago, there was a series on National Public Radio called “This I Believe.”  This segement was actually based on a series from the 1950s with the same name and produced by Edward R. Murrow.  The NPR program were never more than minutes, but in that time, people from all walks of life would share what was their guiding belief.  They weren’t repeating tired formulas, instead, it was personal.  Their belief was a part of their life, it was active and breathing inside of their lives.

These days, I don’t have the same hangups with baptism.  Why?  Because I know that baptism isn’t about me, it’s about what God has done, is doing and will do in my life.  It’s what I believe.  Thanks be to God. Amen.