As most of you know, I’ve been the head of a new church ministry in my Region.  There have been some good and not so good developments in the area of church planting last year, though for the most part it was a down year in many ways.  The good news is that our group got bigger as a few more people expressed interest in being involved.  The so-so news is how I’m leading.  I want to give people the chance to step up and take part, but I have to balance that with the need to just get something done. 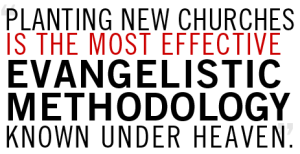 The not-so-good things is the fact that a lot of potential church plants just died on the vine.  One planter looked like he was going to plant a new community in the eastern suburbs of the Twin Cities.  Things seemed to be moving ahead and then he back out for a number of reasons.  Another idea of creating something in the southwest metro seemed promising, but the people who were supposedly interested actually had no interest in church planting.  I also got some emails and phone calls from people who wanted to move to Minnesota and plant a church, but I think they were expecting that the Region was going to provide them with all the money needed to plant the church.

There are some bright spots.  The ministry in North Dakota is going well, and there might be something happening again in the  southwest metro with a different person.

I keep feeling that in someway I’m failing in my leadership.  Part of that sense of failure comes from the fact that I’m confused as to how to best lead.  The hope from the Region is to move away from a centralized approach to something that is more bottom-up.  On paper that seems like a good idea.  I’m just trying to figure out how the Team can encourage church planters without running the show.

I’ve had a few suggest maybe church planting should just lie fallow for a while.  That’s tempting, except that over the last few years there have been periods of activity which usually results in failure and then nothing.  Lying fallow might be a good thing- if it produced a sustainable church planting movement.

In all of this thinking, I think I’ve come up with a reason that church planting matters.  The reason is tied up in ecclesiology,  the nature of the church or what the church is for.  Evangelical theologian Scot McKnight did an interview with a blogger on what it means to do kingdom work.  McKnight notes the emergence in evangelical circles of folks who are immersed in social justice work, which then gets branded as work for God’s kingdom.  He notes that God’s kingdom is a bit more than that:

The definition of “kingdom” that I lay out in my book, which is called Kingdom Conspiracy, and it won’t be out for another year, is this: Kingdom is a society – the Church – a society in which God’s will is done as a result of redemption. There are five elements of the Kingdom in the Bible, and every one of them must be present before we are adequately talking about “Kingdom.”

Let’s ask ourselves an intelligent question: “What does ‘kingdom’ mean in the ancient world?” We open up the Old Testament and discover, shockingly, that the word “kingdom” is synonymous almost always in the OT to the word “nation.”

All of a sudden “kingdom” means people. So when we talk about Christian Kingdom work, we better mean “working in and for a local church.”

A lot of what McKnight is talking about has also taken place in mainline churches.  At some point we start to lose interest in the local congregation, which is the place that creation can see God’s kingdom taking root.  I think that is what the church is: the physical manifestation of God’s kingdom.  It’s the place where God uses flawed people to bring about God’s work of redemption.

I have no idea if the New Church Ministry Team will be more successful in 2014.  I pray it will be.  But no matter what, I will at least know why we need to plant more churches.  I now have a direction and a mission.

I hope with God’s help, others will join me.

Heavenly Father, whose blessed Son came not to be served but to serve: Bless all who, following in his steps, give themselves to the service of others; that with wisdom, patience, and courage, they may minister in his Name to the suffering, the friendless, and the needy; for the love of him who laid down his life for us, your Son our Savior Jesus Christ, who lives and reigns with you and the Holy Spirit, one God, for ever and ever. Amen.