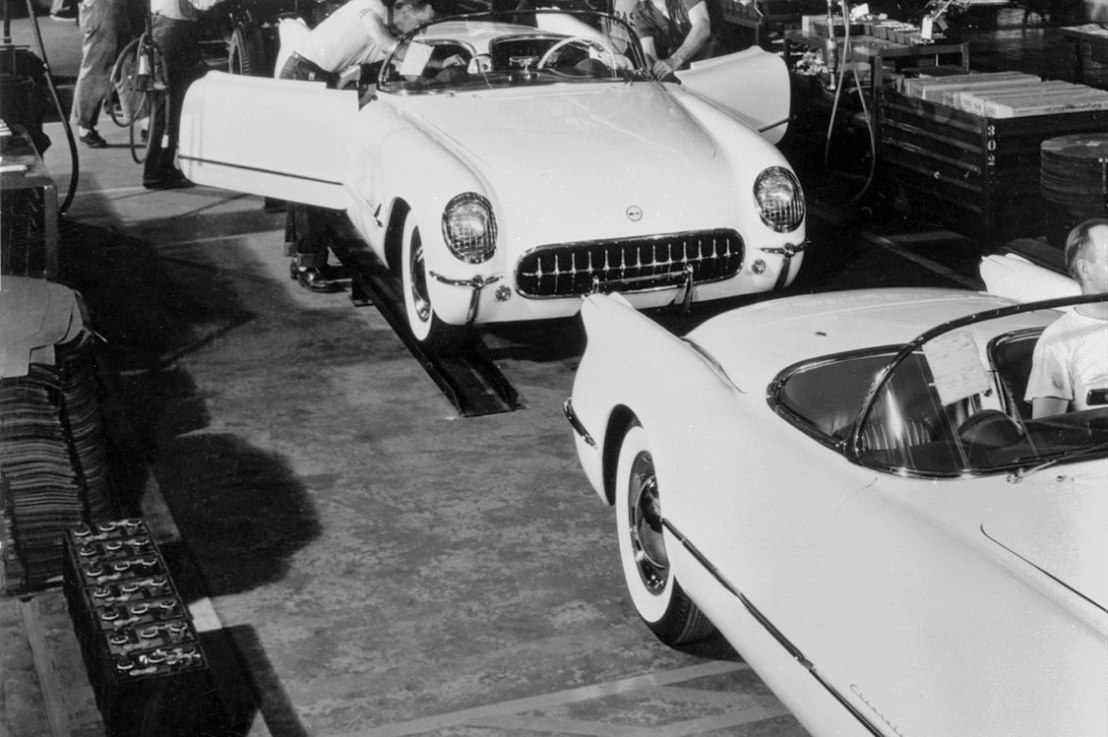 The year 2020 hasn’t ended yet. Unfortunately, we still have a few days in the year. Very few of us will be looking back fondly on this year of a pandemic with over a quarter of a million dead, tons of canceled events, massive numbers of jobs lost, racial strife, and an incredibly divisive election that did damage to democracy. There was nothing good about the year 2020.

A few years I was back in my hometown of Flint, Michigan. As I drove down Dort Highway on the east side of town a memory came back to me. The memory was from the 1970s when I was in grade school. Up and down Dort Highway, auto carrier trucks would lumber down the road. The trucking company had it’s main garage on this side of town and you would see truck after truck filled with Buicks and Chevrolets going to all points. That memory came back to me forty years later because as I drove down this road, I realized that those carriers no longer lumbered down the road. They hadn’t driven on that road for years. It was a reminder that things had changed.

What changed in Flint was the massive downsizing of General Motors over the last 30 years or so. In the late 70s, General Motors had 80,000 employees in the Flint area that worked for them. Today, there are around 8,000.

Such a massive change brought changes in Flint as well. Once well-kept houses were now trashed. Stores closed and people moved away. The city has gone through two periods where they were deep in debt and the state had to come in to help right the ship. One of the times the state intervened led to the now-infamous Flint Water Crisis where the water supply became contaminated with lead. Flint had a population of nearly 200,000 in 1970, shortly after I was born. Today it is around 99,000. The city that I grew up in was prosperous. It wasn’t perfect, but people took care of their homes and life seemed great. That Flint no longer exists. All that’s left are the memories.

I’m a minister, so it’s not a surprise I would go to the Bible to see if there are any parallel situations we could learn from. Turns out there is a powerful example. The Israelites came back from exile and had to face that the good old days were long gone. The book of Ezra focuses on homecoming. The Southern Kingdom of Judah fell to the Babylonians around 585BC. It was a Babylonian policy to drive the people from the land to another place. So for 50 years, the Israelites had to make a living in a faraway land. During the exile, Babylon fell. In its place, a new empire took over: Persia. It was during the reign of the Persian King Cyrus that it was decided that anyone who wanted to could go back to their homeland and live. Their homeland would be under Persian control, but it would still be home. So, a number of folks decide to make the journey back.

The Israelites return to find Jerusalem in ruins and their temple, the center of Jewish life was destroyed. It was time to rebuild. It took a while, but after a while, the temple was completed. When the people of Israel came together at this momentous occasion, something interesting happened. Among the young who had no memory of Judah and Solomon’s temple, there was excitement. They now were home and had a place to worship God.

But the older Israelites were sad. They knew of the splendor of Jerusalem of old. They had memories of the old temple and this wasn’t it. This temple was a bit smaller than the old one. It certainly wasn’t as fancy as Solomon’s temple. For these folk, they could only feel a profound sense of loss. The grandeur of the old temple, with the Ark of the Covenant, was never coming back. The days when Israel was a free and prosperous nation were long gone. They had to live in this new reality, and it paled in comparison to their memories.

Change happens. But just because it happens, doesn’t mean it is always welcomed and it can be quite painful. Change can be bewildering and scary. For those Israelites that had memories of their grand past (which wasn’t all that grand), it was hard to face reality. That’s why 2020 has been so difficult. These days people cling to familiar or live in extreme denial. Everything that we once knew, everything that seemed certain is now no gone. Nostalgia tells us we can go back to what things once were. It gives us a sense of safety and comfort when the world has changed.

But nostalgia is tricking us. We can’t go back. We can only go forward. We can’t regain the past, we can only reach for the future. Easier said than done.

While we can’t go back in time, and neither could those Israelites. When we go back to that festival in the book of Ezra, we find something interesting. The cries of joy and pain were so that no one could tell the difference. The passage never says that the old Israelites were wrong to weep. It just says they weep. They are happy to be back home after decades away and they are hopeful in seeing a rebuilt temple even if it isn’t as grand as the old temple. But in the midst of their joy is a lot of pain. For them, this wasn’t a time that was simply joy or simply pain, it was both. It was bittersweet.

Bittersweet. What better word could define 2020? We’ve lost a lot in 2020. There is nothing wrong in grieving for that which we lost. We mourn because we can’t be near the ones we love. We mourn because we live in a new reality that pales in comparison to the old. The coronavirus pandemic of 2020 is one that has changed all of our lives and we are left with a lot of bitterness because we have lost the life we once had and maybe people we loved.

But there is also sweetness in this year that we see as so dark. And it has truly been dark. But there have also been signs of hope in this long year. It’s the people who would clap for first responders. Or the grandmother that lives next door to me that gave up her job so she could be there for her grandchildren as they took part in distance learning. It was the army of volunteers that I saw in Minneapolis with brooms in hand trying to clean up parts of the town that were overcome by rioters in the aftermath of the killing of George Floyd. It was the communities of faith that had to learn how to pivot and become virtual overnight and still find ways to be church while apart. It was people visiting with friends over Zoom or socially distanced outside in the summer air. It’s the sign of those trucks filled with vaccines for COVID-19 rolling out of those warehouses in Michigan. There is a lot of pain to be found in 2019, but there is also much joy.

I still miss not seeing those auto carriers as they made their way down Dort Highway. I miss what it represents. I miss that old Flint. But that is not the only story about Flint. There is another story of hope that is growing up right alongside this sad story of decline. If you walk down Saginaw Street, the main drag downtown, you will see some change taking place. For a long time, downtown Flint wasn’t a place you really went to unless you had business to do. But as I walked down the street that late summer day, I saw a number of cafes with outdoor seating available. The area seemed to be buzzing with activity. We could walk over to the Flint Farmer’s Market which moved into new digs in downtown. Nearby, the University of Michigan-Flint continues to grow, bringing in students not only from Flint, but from around the world. Another university has bought up property nearby and are working at beautifying the area. This is the new Flint, one centered on what some have called “Eds and Meds” meaning the focus is on education and medicine. This is still a Flint in process. I have no idea what’s coming down the pike for my hometown, but it’s fascinating to see this new Flint come up from the ground. So, even when my heart sinks passing by the old Buick plant where my Dad worked for nearly 40 years and stare at a barren field, there is also a sense of hope because there is something new taking the place of the old. There is still a lot to be done in the city, but it looks like maybe my hometown will have a future, after all. It’s just not the one that most of us who grew up in the old Flint are accustomed to. There is sadness at what has been lost, but a slight sense of wonder about the green shoots starting to appear.

We need to grieve what has been lost in 2020, but that doesn’t mean we can’t have joy as well. Life is many times a mix of happy and sad times. We need to feel them both.

This essay originally appeared at Medium.