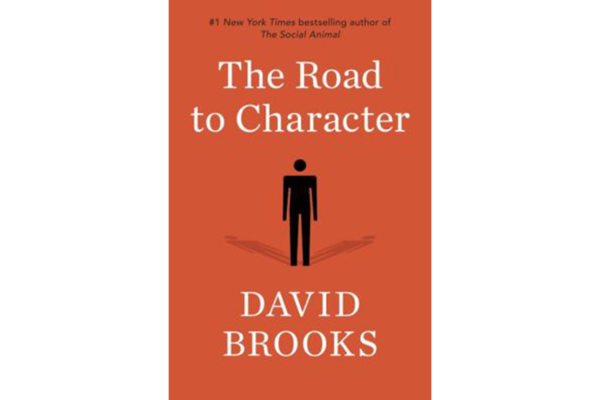 Over the years, I’ve noticed a change on social media.  When I started writing on LiveJournal about 15 years ago, the circles of friends were fairly open about their lives.  They wouldn’t share their deepest secrets with everybody, but they would with a certain group.  There was nothing exhibitionist about it- it was just everyday people sharing the struggles of everyday life.

Blogs were the same way.  People were willing to share their imperfections and questions.  The posts were filled with nuance and reason.

But over, say the last 5 to 7 years, something happened.  Social media became less personal.  Social platforms like Facebook and Twitter became more showrooms that presented a more cleaned up and perfect version of the self.  People tend to make more statements instead of  asking questions.  Every one seems happy online; on a few occasions someone isn’t so perfect and that is reflected in a post or tweet, but it is a longing to be the norm on social media the perfect self with the perfect family.

Being a church communicator, I’ve been hawking the importance of social media for years.  I still think that is important for churches to be on social media, but we need to be more aware of what social media, at least the most current version of social media is doing to us as a culture and as a church. Because, like any bit of technology it is changing us.

Social Media has at times made the church less a place of sinners saved by grace than a place where people try to present themselves as correct.  Liberal and conservative Christians focus less on their frailty, their temptation to sin and more on presenting their viewpoint/ideology as the superior one to the other side.  I don’t hear people sharing their uncertainties and questions as much as making a case for their side.

While polemicists on the left, right and center tend to roll their eyes when they hear commentator David Brooks speak, more often than not, Brooks has his finger on what is going on in culture on what has changed for good or for ill.  His latest book, the Road to Character, talks about how as a society we have become focused on resume virtues as opposed to eulogy virtues.  Resume virtues are the skills and experiences that fit on a resume.  Places like Facebook and Twitter are places you will find resume virtues.

Eulogy virtues are those things that people will say about you when you are gone.  More often than not, this is what you will still find in obituaries and on social media sites like Caring Bridge.

Resume virtues are part of what Brooks calls the culture of “Big Me” a resume or highlight reel of your life which shows just the good parts.  “Big Me” is looking at yourself as larger than life.  Brooks shares a set of statistics from the 1950s and from more recent times:

My favorite statistic about this is that in 1950 the Gallup organization asked high school seniors: Are you a very important person? And in 1950, 12 percent said yes. They asked again in 2005 and it was 80 percent who said they were a very important person. So we live in a culture that encourages us to be big about ourselves, and I think the starting point of trying to build inner goodness is to be a little bit smaller about yourself.

This is what I’ve seen in the shift in social media.  When I was on LiveJournal circa 2001, it was basically about sharing the ordinariness of our lives.  Fifteen years later on Facebook we see Big Me in action, where we show all the successful parts of our lives and leave the darker aspects of living behind. Brooks expounds on this in a New York Times column:

We live in the culture of the Big Me. The meritocracy wants you to promote yourself. Social media wants you to broadcast a highlight reel of your life. Your parents and teachers were always telling you how wonderful you were.

But all the people I’ve ever deeply admired are profoundly honest about their own weaknesses. They have identified their core sin, whether it is selfishness, the desperate need for approval, cowardice, hardheartedness or whatever. They have traced how that core sin leads to the behavior that makes them feel ashamed. They have achieved a profound humility, which has best been defined as an intense self-awareness from a position of other-centeredness.

So where is God in all of this?

I think in the culture of Big Me, God become less the Savior or Father, than the God of Moral Therapeutic Deism, a God that wants us to be happy, but not one that challenges us to be better. We get churches where we are affirmed, but never to be better, more virtuous.  We get churches where we don’t talk about sin (or at least we don’t talk about our sin, the sin of that guy down the street, though…) but we talk about how to be successful.

Brooks believes we needs to recover and older moral frame-work one that uses religious words and concepts:

There are certain words that have been passed down through the generations that we’ve sort of left behind. And some of them have quasi-religious connotations, but I don’t think they need to. Those are words like grace — the idea that we’re loved more than we deserve — redemption and sin. We now use the word sin in the context of fattening desserts, but it used to be central in the vocabulary, whether you’re religious or not; an awareness that we all sin and we all have the same sins — selfishness, self-centeredness. And I think rediscovering that word is an important task because without that you’re just too egotistical. You don’t realize how broken we all are at some level.

Maybe as Christians we need to start engaging and changing the nature of social media instead of letting it change us.  We need to talk more about our own sin and brokeness; not in a tell-all kind of way, but in honesty.  We have to present ourselves as saved by God’s grace and not through merit.  We have to be willing to show the cracks in our armor, to show we aren’t all that and a bag of chips.  We have to be about proclaiming a culture of Big God instead of Big Me.

Social media today  has had the effect of alienating me from my friends.  I don’t care as much about knowing what you had for dinner or your last trip as much as what is your story.  I need to be more honest about who I am and to hell if it doesn’t look good on a resume.

Social media has its place in our society.  But let’s make it a place that is little less about celebrating ourselves and more about telling our stories because we need to hear them.